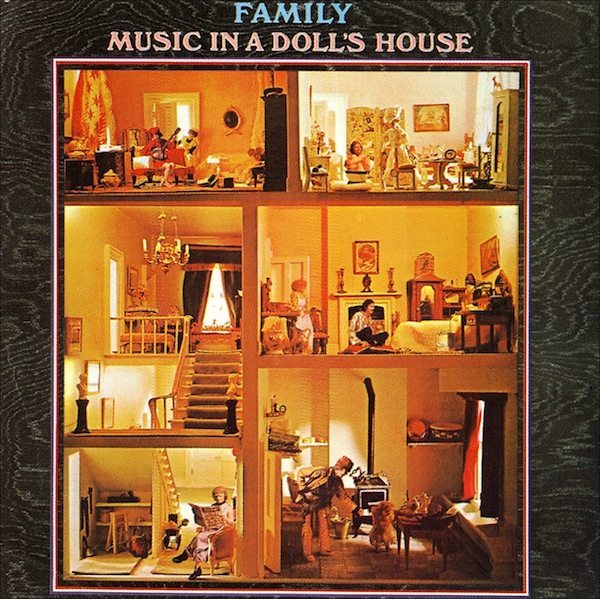 Along with The Soft Machine, The Family (as they were initially styled) were one of the few bands from outside the Home Counties to make a splash on the London underground scene after leaving their Leicestershire base in 1967. The immediate result was “Scene Through The Eye Of A Lens”, not a hit but nevertheless one of the finest 45s to spring from the UK psychedelic pool, before the band set to work on their debut album with the assistance of hands-on producer Dave Mason. 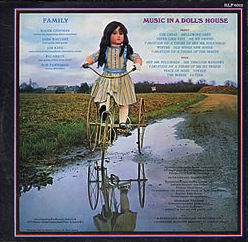 Bedecked in intelligent but heavily lysergic lyrics, the hugely ambitious Music In A Doll’s House evokes the era as eloquently as anything, with seminal songs like “Me My Friend,” “Hey Mr Policeman” and “Peace Of Mind” matched all the way by Mason’s barnstorming (over)production, which utilized backwards mellotrons, violin feedback, trumpets, the obligatory phasing and Roger Chapman’s aquired taste vibrato vocals to create a swirling, perverted, densely hallucinatory wall of sound.

“We’d met Dave Mason when we did our first single, which he played on,” Charlie Whitney later told ZigZag. “When we came to do Doll’s House, Jimmy Miller was producing us, but he began to get involved with the Stones and Beggar’s Banquet, and I think he and Dave got together and Dave decided that he would like to take over producing the album, so he did. He had lots of ideas. For example, “Voyage” – all those feedback violins, backwards mellotrons, they were his idea.”

The album was initially released in both mono and stereo formats, though mono copies are alot harder to find these days – according to Whitney, the result of a technical fault. “It kept jumping the grooves, so they withdrew it. There were some interesting things on the mono version, because in those days when you did the final overdubs to a song, since it was only four tracks you had to do you final overdubs – say a few bars of guitar – while they were actually mixing. So the guitar bits were different from ,ono to stereo, and some of it was much better on the mono mix.”

Released in July 1968 in a memorably intricate sleeve design, Music In A Doll’s House was a minor commercial success: it also put paid to The Beatles’ tentative plans to name their forthcoming double album A Doll’s House after the Henrik Ibsen play. And while the second Family LP, Family Entertainment, also contained a number of top-grade psychedelic thrills before the band become one of the better acts operating within the UK progressive rock mainstream, Music In A Doll’s House is their definitive early creation. 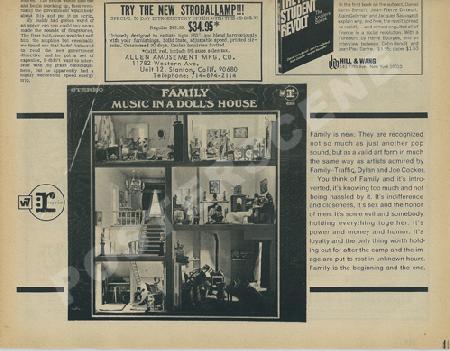 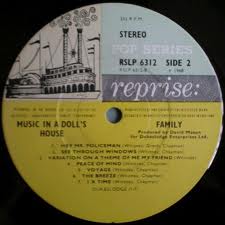 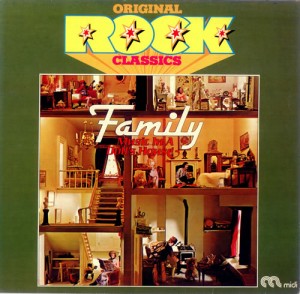 1 thought on “Music In A Doll’s House”