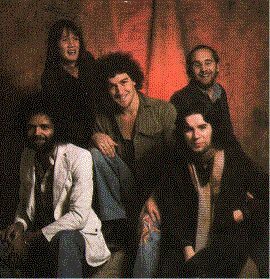 ALL MUSIC – Punk rock made the Streetwalkers seem like old farts, but Red Card proved (upcoming metaphor overuse intended) that they still had an ace up their sleeve. From the groove-heavy “Roll up, Roll Up” to the ferocious “Run for Cover,” this is the first and last great gasp from this band. In fact, had it come a few years earlier, it could have been included along with some of the better work by Chapman and Whitney’s previous band, Family. The highlight, perhaps the best reason to search out this record, is a cover of Otis Blackwell’s “Daddy Rollin’ Stone,” which Roger Chapman absolutely sings the living shit out of. It’s an exhilarating moment and proof positive that he has one of the great voices in rock & roll. (John Dougan)

ROBERT CHRISTGAU – Red Card [Mercury, 1976] In a time of hard rock drought, this will do–the tempos are up, and such songs as “Run for Cover” and “Roll Up, Roll Up” and “Decadence Code” suggest that they’re observing our famous wasteland as well as experiencing it. Ominoso with a vengeance. B

This album, the highest charting album from the Streetwalkers, has no acoustic songs on it. As Don Zwicker suggested that the acoustic numbers were a strong link to their past in Family, maybe they wanted a straight ahead rock image. Of course, they continued these quieter numbers live.

“Shotgun Messiah” sounds a little fuzzy on my copy, and one of the choruses of “Roll Up, Roll Up” has a sonic glitch in it; the overall sound of this Repertoire CD is a little shady. Kind of depressing since it was so expensive! Is it just my copy???

I think Repertoire only carries titles for a short time, so they probably don’t put much into restoration. This means that someone in the future could!

Note: the See For Miles CD with four tracks from Red Card sounds quite a bit better.

1. “Run For Cover”
The band strikes up again, with some nice string accompaniment to the heaviness. Complex tune, many sections. Charlie’s ever-weird chord changes, and some sweet slide in overdrive. Super-funky bass sound, and sounds like some clavinet in there. Tench’s voice is sadly absent until the song’s end. The ending section is effectively tension-filled. Couldn’t tell you what the song is about.

2. “Me An’ Me Horse An’ Me Rum”
Very cool 12-string riff, into a slunky crawl. The Leslie-amps and volume pedals create an odd atmosphere. Again, very funky bass. A West Indian blues of some sort, perhaps influenced by Tench.

3. “Crazy Charade”
Although Chappo’s other lyrics no less inventive, the words really overtake the music on this song. A narrative of a timeless entity, and it’s not often that “fantasy” comes into play with this band. The Tench/Chappo vocal combo is put to good use with a call-and-response. Some interesting wah-effects throughout.

4. “Daddy Rolling Stone”
A casual break after the preceding epic. A rough and ready take on the 1953 original. This, “Crawfish” and Family’s “Rockin’ Pneumonia…” all might be early signs of Roger’s future Riffburglars.

5. “Roll Up, Roll Up”
FM 70’s radio melodies and harmonies, but with many angular guitars. COOL Tench vocals (man, he was a smooth cat) and a twin-slide solo. Usually the ‘Walkers songs use bridges that aren’t very strong, but this one is good to set up the solo. Ends with the same climbing guitar.

6. “Between Us”
Whew, this is a weird one. Mandolin? Maximum-Leslie effect? A macho tribute to the WWII effort, complete with snare roll and a quote of “The Marines’ Hymn”. And a completely strange musical bridge, almost unsettling.

7. “Shotgun Messiah”
Along with “Run For Cover”, one of the most memorable tracks from the album. A live staple, but not exceptional in my opinion. Too weak and segmented, apart from the classic opening riff which is one of the most confident Streetwalkers moments.

8. “Decadence Code”
The CD lists this track as only 3 1/2 minutes, but it is actually 6. The song has a tragic “despair with humanity” feel to it. There’s a lot of contrasting textures and Leslie rotary-effect. A string section is used again for some nice riffs, and it’s very “ELO” sounding, courtesy of Wilf Gibson. A nice composition, just not too cheery. There is a great solo in this which always reminds me of classic weepy Jimmy Page; I don’t know if it is Charlie Whitney or Bob Tench.

9. “Hole In Your Pocket” – (US LP, Rep. CD bonus track)
Not a bad tune at all… heavily driven by clavinet. Heck, I’d like ANYTHING with clavinet. Chorused guitar kicks off this little soul tune. Great chorus, but some cheesy “talk-box”.

Light your light, in some tower
If it dims within the hour
Buddy you don’t owe me a thing

So cross me up or cross me down
The only way that I’ll be found
Is when I’m feeding worms beneath the ground
From one to ten, all greedy men
May eat away the crust again
But only I will know what’s in the pie
Sealing wax and poker face
I learned to keep the extra ace
And I won’t fall off that precipice again
No hawkeyed hunter ever shot
Or picked a better spot
To see how hot the game has got beneath you

Run for cover, make it plain
Run you over try to stop this train
Buddy you don’t owe me a thing

Stamp your seal, hang your plaque
I don’t give no Jumpin’ Jack
Buddy you don’t owe me a thing

Hang a sign upon your tail
I, I, I just use a nail
Buddy you don’t owe me a thing

We carried on to the daytime
Me an’ me ge’l an’ me rum
Soon it’s time that we leavin’
to kick up some dust in the sun
But me fall down in the roadside
Being as me drunk as a skunk
Wakin’, oh Lawdy me head hurt
Lookin’, me horse she is gone-gone-gone
Lookin’, me horse an’ me love – they both gone

Brrrr, me cold, now me clothes gone
Me money me boots an’ me gun
With a ge’l who last night said she loved me
Well at least now, she left me some rum
O, trouble is, me hands an’ me feet tied
But here come a man walkin’ on
But he stop an’ say “Hello Sweetie”
Seem like me luck she am gone today

Look like me luck she am gone today
Lost me horse, me boots, lost me gun
Just bin like one o’ them days, yeh
Lawdy me head hurt

Crazy Charade
I know you know me, though I have no name
I invented lightning just to chase the rain
Screwed up a whirlwind just to hear it cry
Made friends with the Devil then I set him – on fire

Made love to Venus she was just a child
Gave Mona Lisa her mysterious smile
I was the venom, the poison, spit by Cleo’s asp
I bit her – I hit her, that’s a fact 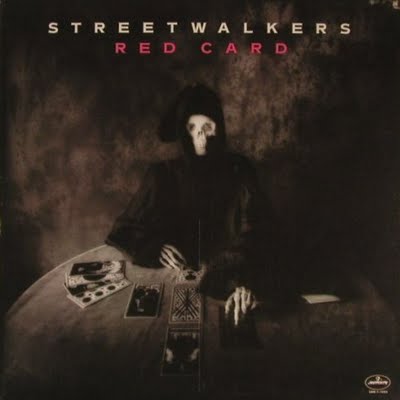 Now Georgie and the Dragonettes they hit the town of Vegas
Neon signs were in their eyes, it seems to be contagious
The local rag and coloured mag had printed all their ages
Announcing them, pronoucing them, declaring them outrageous

Georgie bit a cigarette – his hopes were getting thin
That cancer stick won’t help a lick – the fickle mood he’s in
He’d draw a mood about him like a cloak around the sun
Announcing them, pronoucing them, declaring him undone

We went in low and hit ’em hard
The leathernecks were our rearguard
Audie rode the armoured cars
Between us, between us

We got the Japs and Jerries too
The Eyeties met their Waterloo
Broke up many a commie coup
Between us, between us

We went in low and hit ’em hard
The Duke and me we led the charge
Audie got his purple hearts
Between us, between us

We got the Japs and Jerries too
The Eyeties met their Waterloo
Broke up many a commie coup
Between us, between us

Kick at a hubcap, defending the night
Stonin the streetlamp, offending the light
Attending the class, incediaries alight
Your Switchback, Switchback
Switchback, remembering the bite

Decadence Code
Well the tenement was crowded so I went up to the roof on my own
I looked down at the city, at the sidewalk, at the heart of the stone

Well I look down at the faces going place, destination unknown
And the cars are just like mouses, little houses, scurrying here to and fro

Little lady going homeward, even I can see she’s stoned as a dope
While her gentleman walks slowly, like he’s holy, or just given up hope