FAMILY are a group who started Underground and now are moving steadily overground and appealing to many more than the select elite of Middle Earth. In fact their latest single, “Second Generation Woman”, is being tipped for chart honours. The group line up is: Roger Chapman lead vocals harmonica and tenor sax, John Whitney lead guitar and steel guitar, Jim King soprano and tenor sax Ric Grech violin, cello, bass guitar and Rob Townsend, drums.

I met Family recently at a London rehearsal room, where they were working on songs for our future pleasure.

Drummer Rob Townsend was declared spokesman for the group, which seemed to please him. This was his first solo interview.

Despite the absurd surroundings – a golden-walled ladies’ loo – Rob had a lot of interesting things to say about his happy Family.
“We have just finished work on our second album,” he enthused. “We are very pleased with it because we
have produced it ourselves. We feel it is better than because we are more confident in the studios now.”

“Obviously we hope. it will be a hit ” he replied. “Still it isn’t that important because we concentrate more on
albums. Originally, “Woman” was to have been an album track, but we decided to put it out as a single
because it was a good earthy sound. It was not a deliberate attempt to put out a commercial single.” 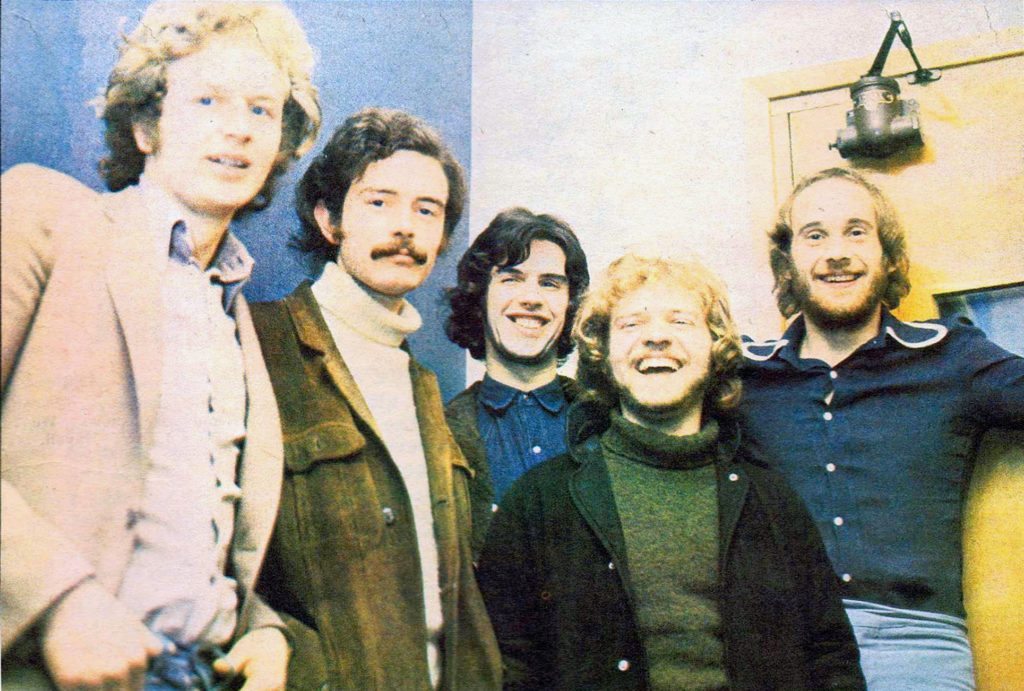 They are exceptionally talented musicians who could even please old ladies in a Palm Court scene.

Was he surprised that Family could now appeal to younger audiences? “No, because the kids are becoming more aware.
They no longer simply want groups doing straight pop. At first they couldn’t dance to our’ music and it was all very strange to them. Now they are happy to stand and listen.

“Anyway we don’t regard ourselves as an Underground group. We are the same as Hendrix and Cocker. People at Middle Earth buy their records, but so do the kids.

“We’d all dig a hit record so we would have money to help our progression. We could cut down on live gigs and really concentrate on recording.”

Why was he so fascinated by recording?

“Well, recording and live shows are like two different scenes. Numbers which you can’t put across on stage
sound beautiful in the studio.”

Although the group have been together for over a year, Rob was as enthusiastic as if they had just started. Why?

“Well, everyone has their own scene, and our five scenes are blended and come out as one in our stage act. Also, we never give songs exactly the same treatment. We have one heavy blues number, “Song For Me” which can last as long as 35 minutes.

“John and Roger write a lot of good material. The strange thing is that Ric wrote and sings the single.”