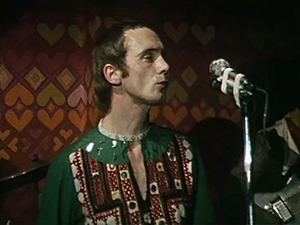 How Many More Years (You’re Gonna Wreck My Life) 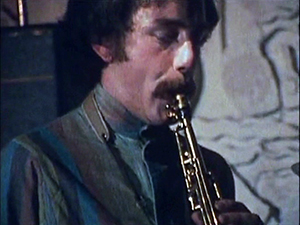 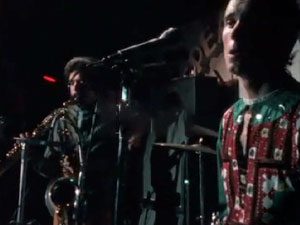 
BROADCAST: March 21, 1968
Live performance taped possibly December 1967 at the Speakeasy in London by French camera crew. This third song from the filmed session is part of a semi-documentary culture program broadcasted on French TV. Exists in INA archives. 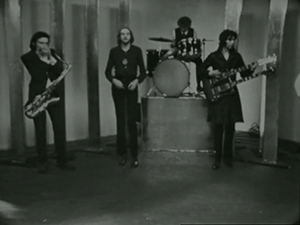 HOW LATE IT IS 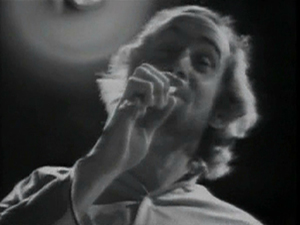 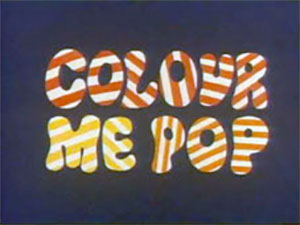 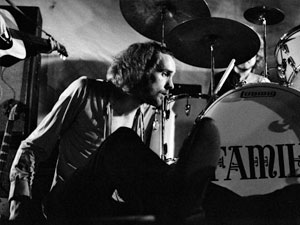 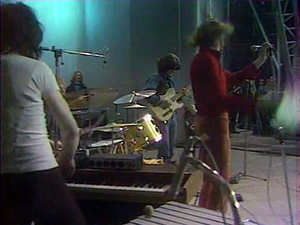 Love Is A Sleeper
Drowned In Wine

THE BEAT GOES ON II – POPKLUBBEN 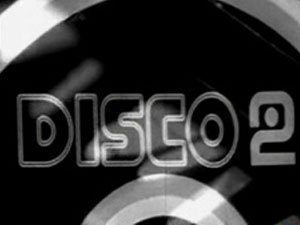 
BROADCAST: May 9, 1970
Not much is known about this TV appearance as it is wiped from the BBC archives. Also on this episode were the Groundhogs. 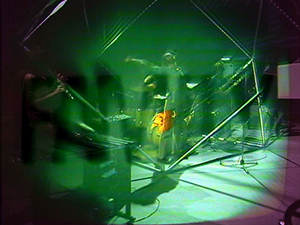 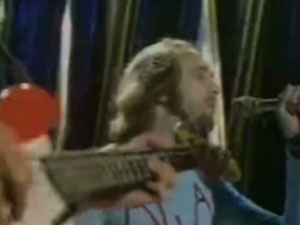 
BROADCAST: August 27, 1970
The groups first TOTP performance; their single was at #40 that week. Officially wiped from the BBC archive, a pristine copy of this performance exists and has been officially released as part of the Family BBC boxset in 2018. 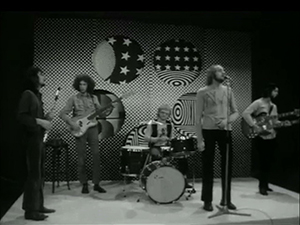 
BROADCAST: September 22, 1970
Lip-synch performance to a unique recording for the first episode of this Dutch TV program. Some rebroadcasts sync to original album recording. Exists in AVRO archive. 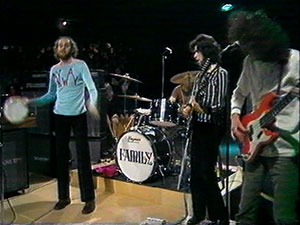 
BROADCAST: September 25, 1970
Live TV studio performance in front of a small audience. Broadcasted only in the North West region of the United Kingdom by Granada Television. Rebroadcasted on private cable channel Jimmy. Exists in ITN archive. Released on the Family BBC box set DVD in 2018. 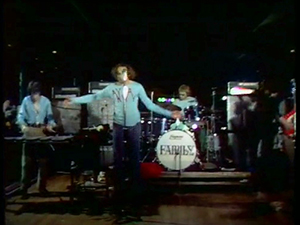 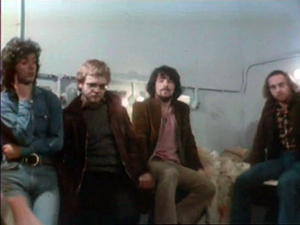 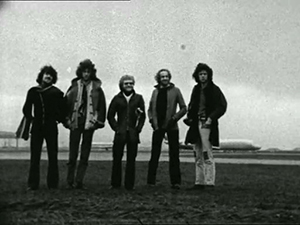 
BROADCAST: April 1, 1971
Details unconfirmed. Could very well be the same as Stop Pop episode from later this month. 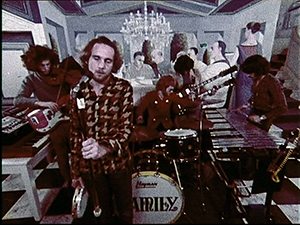 
BROADCAST: April 24, 1971
24-minute TV special filmed presumably in Belgium. “Good News Bad News” is a live concert excerpt. It has been rebroadcasted on the Jimmy channel as Rock Of The Seventies. Also officially released as Masters From The Vaults on DVD, albeit in an edited form. This could be the same program as Pop Shop. Black and white copy exists in INA archive. Also referred to as the Ben et Babette show. 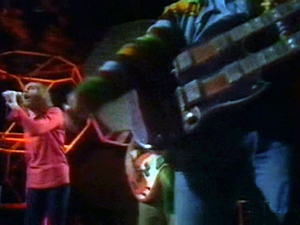 
BROADCAST: July 1, 1971
Second appearance on TOTP, plugging their new single. Exists in the BBC archive. This performance, which was to be John Weider’s final appearance with the group, was repeated on the July 22, 1971 TOTP (single at #30). Full episode rebroadcasted on UK Gold and Family’s performance as part of the Prog Rock @ the BBC special. Officially released on the Family BBC box set DVD in 2018. 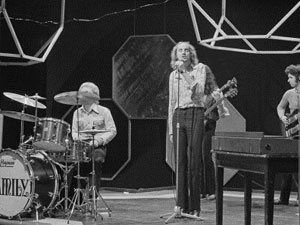 
BROADCAST: August 5, 1971
This appears to be a different, 2nd performance of this single (at #11) on TOTP; their third appearance on the show and first TV show with John Wetton. Doesn’t exist in BBC archive, believed wiped. A repeat performance shown August 26, 1971 TOTP. 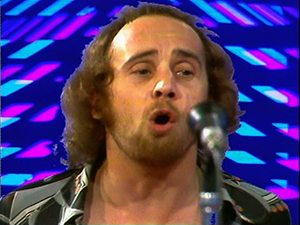 Holding The Compass
Part Of The Load (unbroadcasted)


BROADCAST: September 25, 1970
This is their 2nd and final appearance on the popular German TV show that syndicated in parts as far away as South Africa and South America. The performance is acoustic with the host noting Rob Townsend absence. “Holding The Compass” available officially on the Beat Club Story vol. 2 DVD box set. Exists in Radio Bremen archive. “Part Of The Load” remains in the vault. 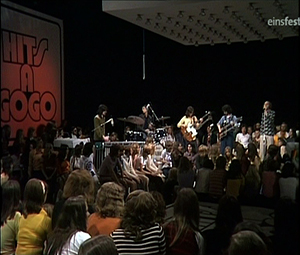 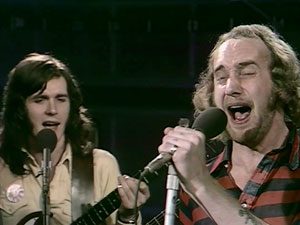 Between Blue And Me
Spanish Tide


BROADCAST: November 11, 1971
Full pre-taped insert session exists in the BBC archives. (The full episode does not). Includes two takes of “Between Blue And Me” and four of “Spanish Tide” with the band miming to studio tracks over live vocals. Of note is the full introduction of “Between Blue And Me” edited out of the official release. “Spanish Tide” appears on the BBC special Whistle Test Years 1971-1972. Both songs have also been rebroadcasted on Italian RAI TV. Officially released on the Family BBC boxset DVD in 2018. 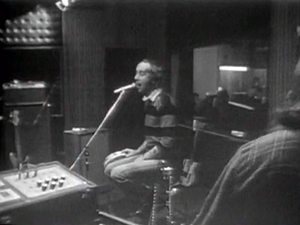 
BROADCAST: January 15, 1972
21-minute French TV show that features the band at what appears to be Olympic Studios in London, jamming specially for the camera. Brief interview with Roger Chapman in between tunes. Also featured on this episode is Pink Floyd film excerpts. Black and white copy exists in INA archive. 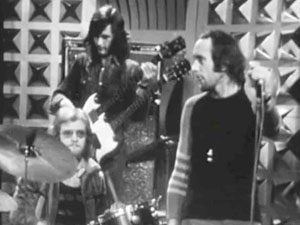 
BROADCAST: February 8, 1972
A mimed performance in front of studio audience for a French TV program. Most likely the last TV appearance with John Wetton. 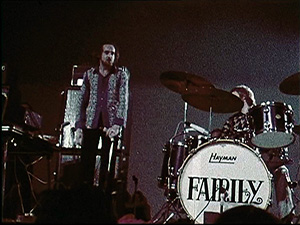 
BROADCAST: April 6, 1972
No further details known. Possibly a repeat of the 1971 episode and/or Stop Pop program. 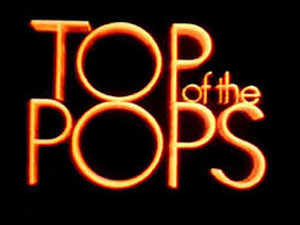 
BROADCAST: October 5, 1972
Family’s 4th and final appearance on TOTP with their single at #30. Doesn’t exist in BBC archive, believed wiped. 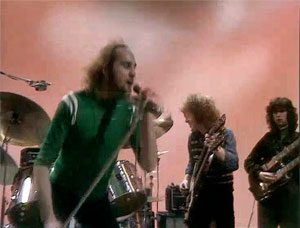 My Friend The Sun
Top Of The Hill


BROADCAST: February 10, 1973
Part two of the episode exists in BBC archive. This includes Family performing “Top Of The Hill”. Uncertain if first half’s performance of “My Friend The Sun” exists. This is Family’s final (known) TV appearance. 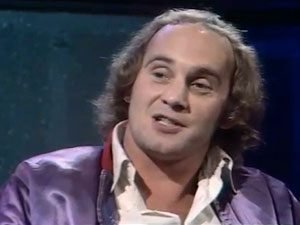