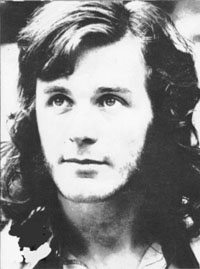 The John Wetton biography, My Own Time (1997) is available from Northern Line Publishers. This is a must for Wetton-fans, but don’t order for Family content, as it is scant. Nice title, though, eh? The one Family photo in the book is the same as a single from the band.

“I had been to LA to search my ‘thrill’ and when I arrived back in Britain six weeks later I knew the Americans weren’t waiting for my kind of music. What I wanted to do at the time was much more aggressive than what was happening in America. Even if my favourite songs were romantic and came from people like CSNY, Joni Mitchell and the Beach Boys, I found that my songs needed to be much harder. Strangely enough the day I got back from America I got a call from a friend of mine (Jim Cregan) who asked if I wanted to join Family. That time they were number three in the charts and they were one of my favourite semi-progressive outfits so of course I said yes. After two albums with them I quit because I didn’t feel fulfilled. They already had some composers in the band and the vacancy for a singer was also taken so I had to be happy just playing the bass. I also have to tell you that, before I went to play with Family, I already received a phone call from Robert Fripp asking me if I wanted to join King Crimson. Crimson then consisted of Fripp, Mel Collins, Ian Wallace and Boz Burrell.”

Without mention of John Weider’s time in Family, Kim Dancha says in the book My Own Time that …

“I understand that John’s extraordinary inborn musicality allowed him simply to acquire a violin, experiment for a week, and take over Grech’s parts without more ado.”

Explaining his credits on FEARLESS (from the book My Own Time)…

“I had been through hell at that time trying to get out of a contract (with Mogul Thrash) to get into Family, only to find that I was plunged into more contracts again. I had to extricate myself from one record company and one publishing company and one management company and into another entire set of circumstances. So most of my time in the studio was spent on the phone talking to the manager or the lawyer about the bloody contracts. So I got credit for contracts.” 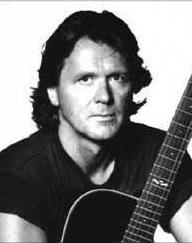