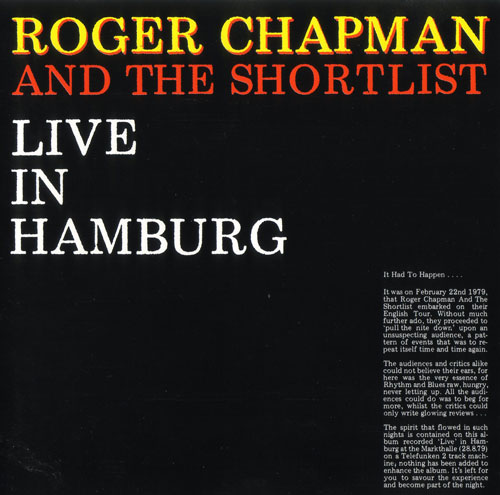 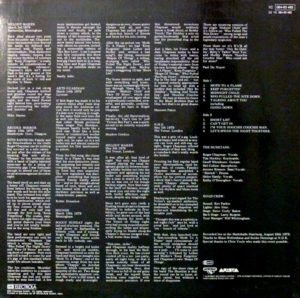 Live in Hamburg is a live album by singer Roger Chapman and his then band The Shortlist, released in 1979. It was recorded on August 28th 1979 at the Markthalle, Hamburg.

The glossy sounds of Roger Chapman’s solo debut (Chappo) are replaced here by renditions that crackle with energy. This album, originally an August 1979 radio broadcast, pairs a hard-hitting band with Chapman’s gruff vocals, and it was demonstrative of Chapman’s dedication to his R&B roots with covers of Willie Dixon, Chuck Berry and Little Richard. Thanks to this album’s lineup of the Shortlist (Mel Collins, Tim Hinkley, Jerome Rimson), even the ballads rock. — All Music 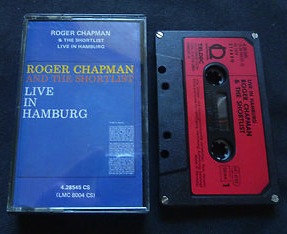